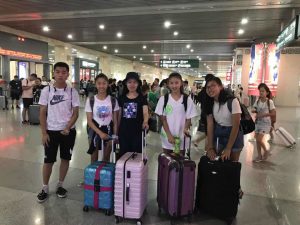 Literally there’s so much to say…  it’s kind of a new beginning and an ending which I don’t really want to accept. But that’s what we have to face to grow up, right？

2 years ago when I first attended  SESP I was kinda dumb. Although I could speak some English but the language barrier was a bit thick for me… (really haven’t spoken English for a long time back then😂). At the beginning, I liked playing 王者 alone on my bed whenever other guys got together, and the bathroom condition was really bad to a point  it was really depressing. In this dreadful situation, my partner David helped me a lot. Everyday he just encouraged me to speak more and be confident.  It was effective chicken soup and helped me  get inside the group soon enough.

After the first year, I knew that I must come back, for Shanxi’s cultural heritage, and the wonderful social conventions of all these hospitable students. I was really touched when I was going back to Beijing at the end of the camp. The kids just won’t let go…. I’m not an emotional person but I’m now sentimentally attached to this small village. 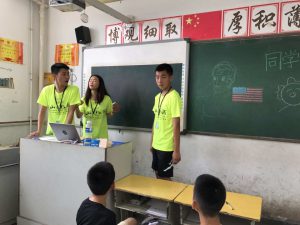 he second year I worked with Kevin and Hanbo. Originally I came back for my own fun, but my attitude was changed by Hanbo’.  He was so responsible that he treated every class as something formal. At nights we guys started to play Chinese Werewolves.  It was actually very fun for all these 小脑子s. I enjoyed it a lot. With the further cooperation with all the volunteers, I got a higher elevation of my unselfishness.  I wanted to change the minds of these students and help them go out of this poor village to see the world!

Two weeks seem to be a little bit toooo fast for me. By now I’m heading back to home. I want to make full contribution to the kids at Facheng School. That’s meaningful, isn’t it?

My partner Max is a really fun guy, although it’s his first year, he can control the class very well. When he was angry, not only the kids were scared, but also I was a bit intense. When it comes to daily life, his sense of humor (some of them  are a bit too much) makes it really fun and enjoyable. My other partner Jess is a kind person, I really appreciate her characteristics.

This year’s students are the naughtiest in these three years! It took us a long time to just keep them disciplined for a second. Instead of making fun like Max,  I prefer to teach seriously and being cold blooded like professor Snape😂. 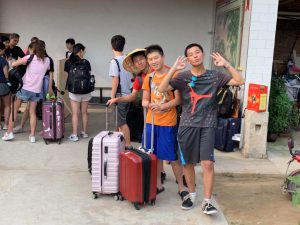 For extracurricular activities, my students showed a great passion. We even formed a loop band “the Shower Boys” and established our first album. Everyone here can teach me something. I ‘m thankful about that!

I also like Liz and big brother David, I know them for three years, and all these other dudes. It’s still a sad thing to depart (＞人＜😉

I have a lot of bonds with the village and all the volunteers, I hope to see you guys again some days in the future!

Love you guys forever in my deep heart.