I’m a very private person and don’t usually like to post my thoughts online, but this year’s program has had a significant impact on me, so after quite some time, I decided it would be best to share this journey with everyone. These are different chunks of thoughts/feelings put together. 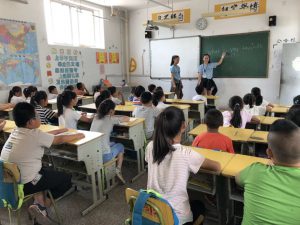 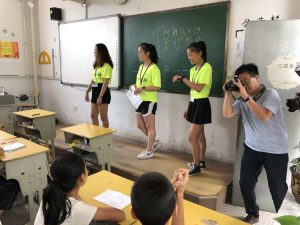 ad too much of an understanding about the amount of work teachers put into their classrooms. It wasn’t until we started writing out our lesson plans when I realized the enormous amounts of time and dedication teachers offer for the benefits of their students. There were also many times when our class would slip out of control and it would take several tries of yelling and slamming of desks for them to finally quiet down. All of this reminds me of the teachers I know, and I truly respect them for being able to put up with troubles we cause and all that they do to better us. 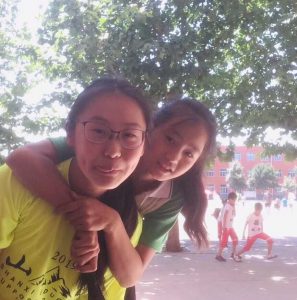 Many students in our class usually struggle a bit with retaining new information, soat times it felt a little frustrating when none of them could remember what we had learned that morning or the previous day, but after a while, I’ve realized that it’s all part of the learning process, and just like me after learning new material, the students need to be given time. Day after day, I’ve gained more and more patience, and with more patience came less frustration and also the ability to see the improvement within each student.

Having been raised in developed cities, I’ve never experienced too much of the village life. Coming back to this camp reminds me of the privileges I am given on a daily basis for which I often have taken for granted and now I’ve grown a greater appreciation for what I have. 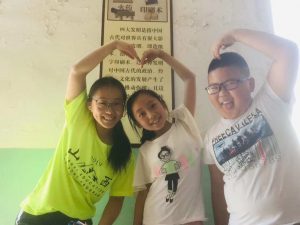 These two weeks have flown by and every second has been a second to remember. I’ll miss the joy for when the kids call out ”老师，老师！” I’ll miss their endless laughters. I’ll miss the excitement on their faces when they answer a question correctly. I’ll miss those mischievous ones who make class a little bit more amusing, and I think I’ll even miss the feeling of being a bit angry when the class is misbehaving.

As for my fellow 小大师们, thank you for being the best group I could ask for. In the short span of just two weeks, we’ve grown to become closer than I would have ever imagined to one another. I thank you for all the laughs you’ve spread, lifts you’ve given, late night werewolf games we’ve played together, 2 AM gossips in bed, 营养快线, random 11 PM jumping jack/jump rope workouts, belting (or more like yelling) songs at the top of our lungs, and the many more I may have not yet mentioned.

This adventure has been like no other and I’m extremely grateful to have been given the opportunity to have participated in this program for a second year. The memories of the past two weeks–I will treasure them forever.