Most people don’t know (or don’t care) about the complex process that water has to go through to be drinkable again once it goes down the drain. The tour at the Brightwater treatment plant serves to demystify this process and explain to common civilians (like ourselves) how our tax dollars are used to efficiently sanitize waste water and protect our environment. 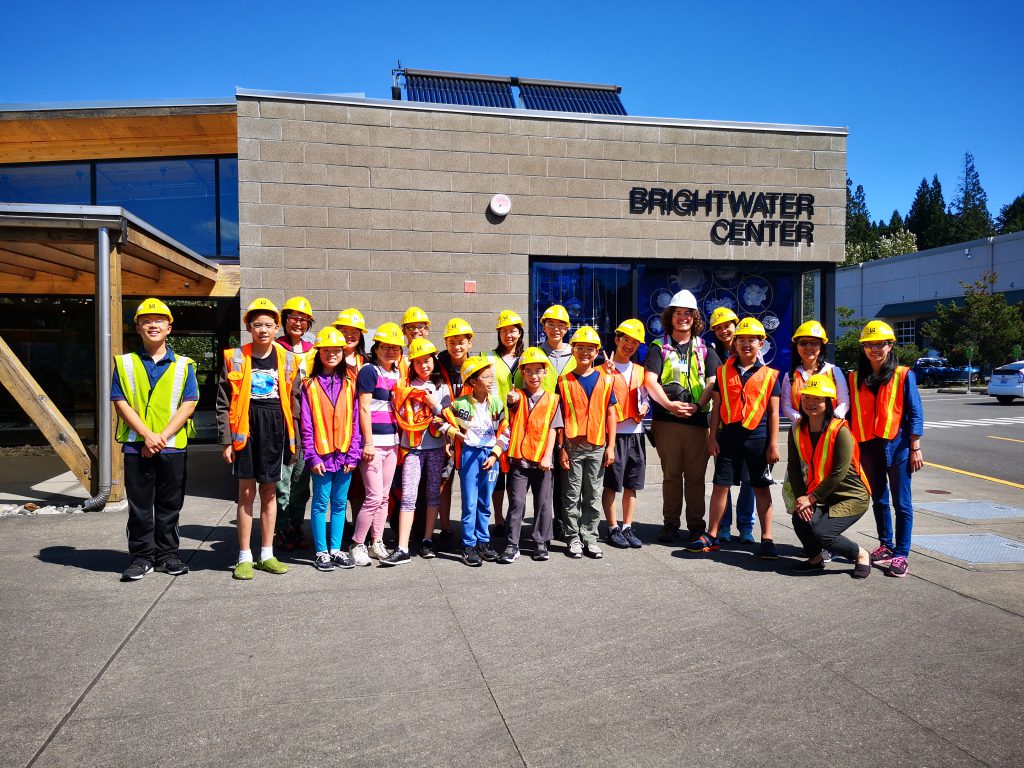 Built from 2006-2011, the Brightwater Treatment Plant is one of the most modern in the Puget Sound, processing over 17 million gallons of raw sewage per day, with a capacity of up to 100 million gallons. The moment our sewage goes down the drain, it begins a several month journey in which it gets filtered, cooked, and decomposed. 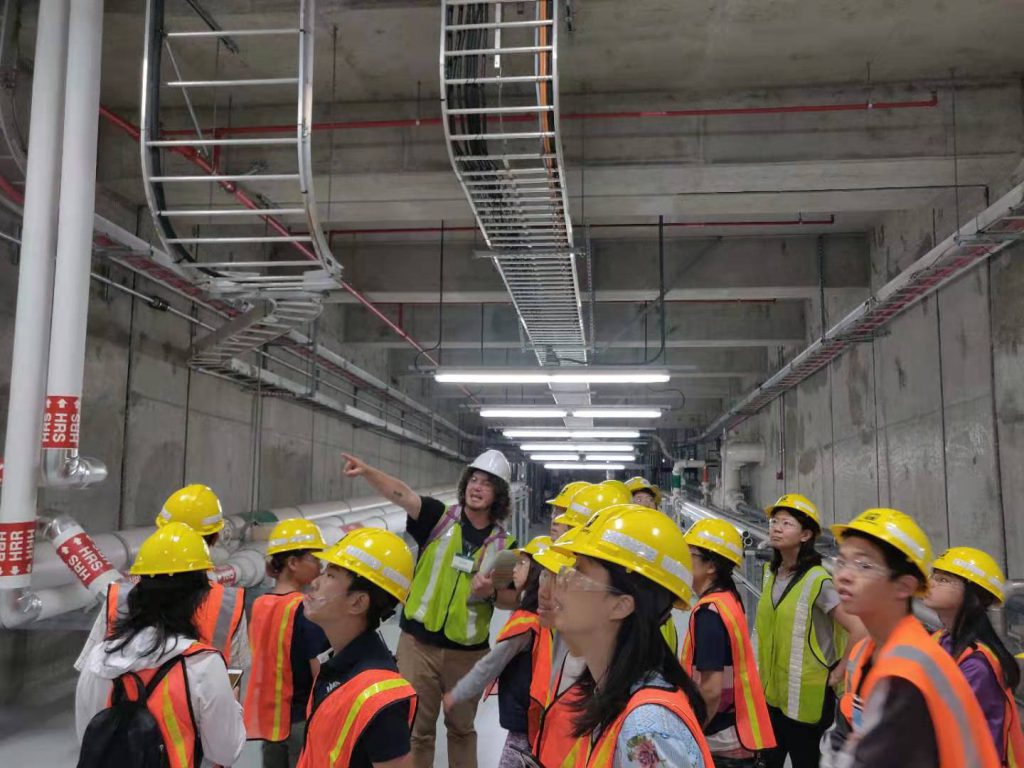 First of all, all of the trash that children and irresponsible adults throw into toilets gets filtered out. These include jewelry, hair, toys, the occasional cell phone, and other various household items. These are sent to a landfill. The water is then allowed to sit for around 24 hours, in which your liquified poop will settle to the bottom and fat from things like chicken meat float to the top. The fat is skimmed off and the “organic matter” (as our guide called it) is pushed into a hopper to be sent to the next stage, which consists of a machine separating the water from the waste. The waste and the fat will be sent to giant vats to be slowly cooked, churned, and decomposed for a month, eventually becoming the fertilizer that is used to grow the wheat that makes our bread. In essence, we eat our poop. (Hurrah!) 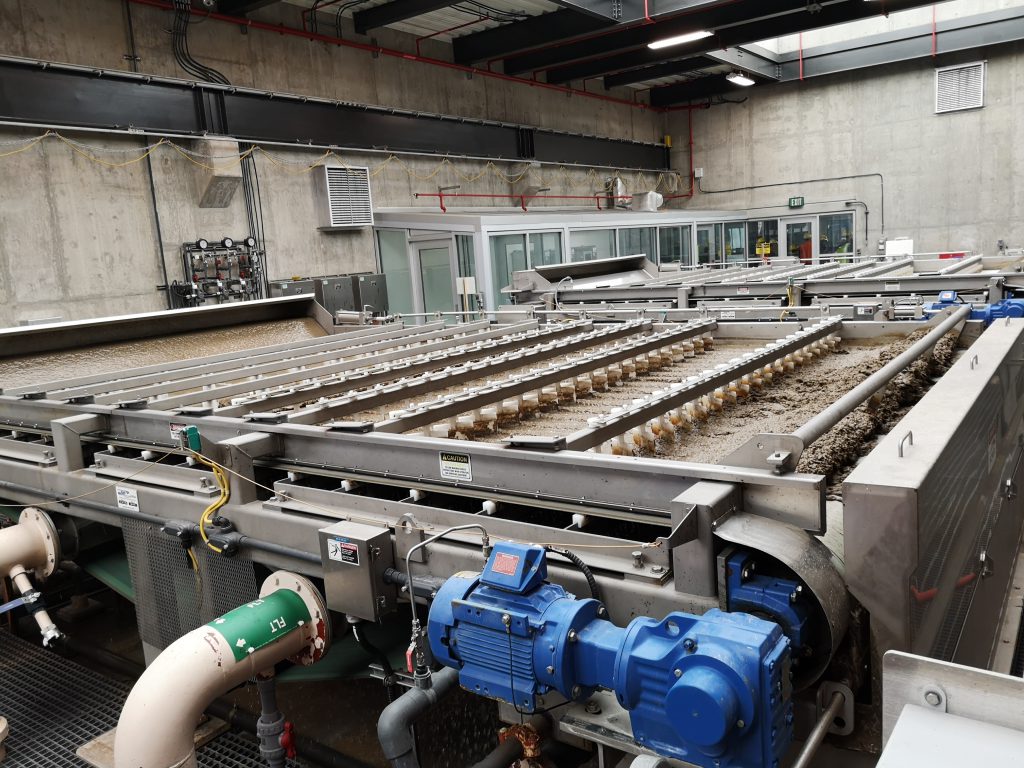 The still filthy water is then left in underground vaults that allow bacteria to munch on whatever remains of the “organic matter” from the previous step. Microbes are then added to munch on the bacteria in turn. At this point the water is a thick, bubbly, froth like substance which does not look safe to drink at all. The final step in the process is to suck up the water through thin tubes with holes that are large enough to let water through but small enough to block microbes. This water is now sent to the ocean. Chemicals are not removeable at this plant.

No beginning no end, 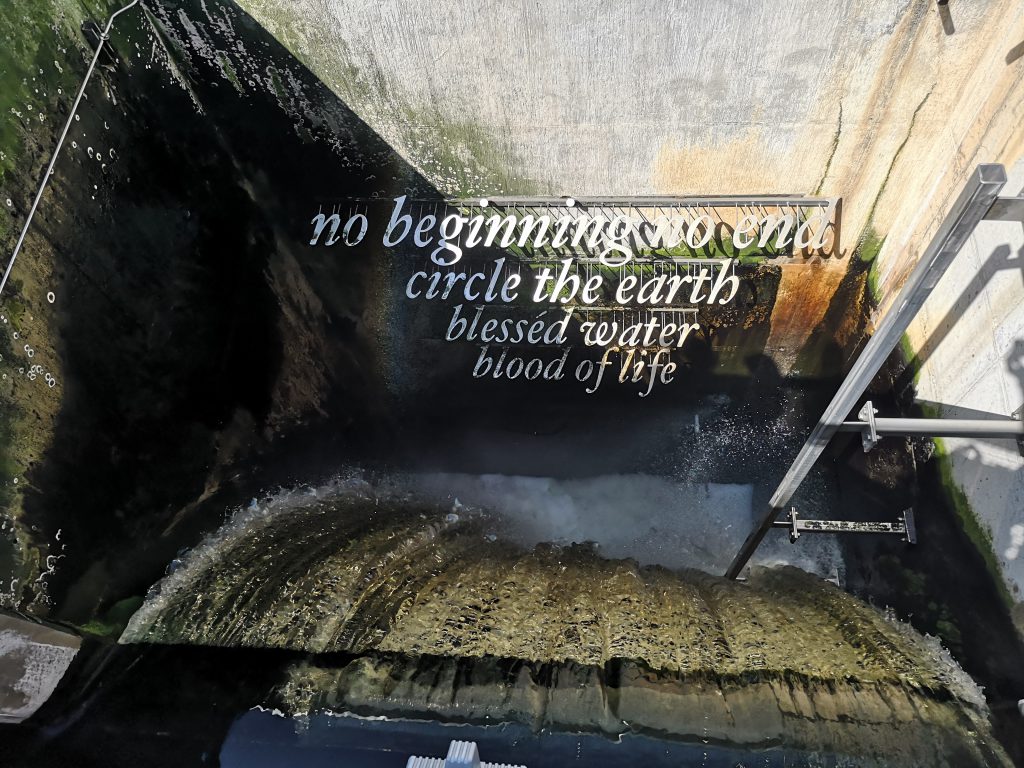