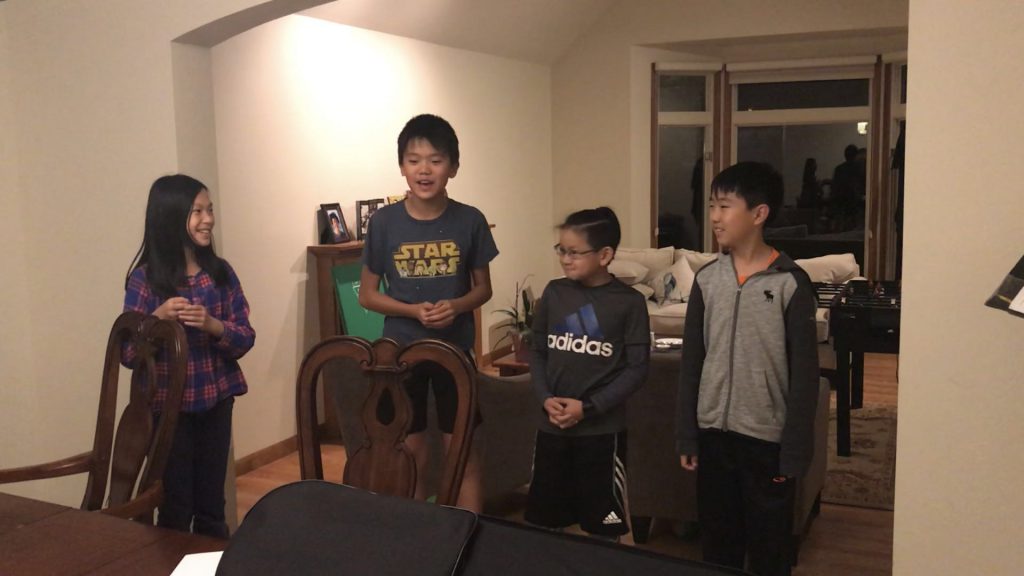 At the start, our team was very distracted from their work by assorted reasons. One of the reasons was that some people were goofing off (e.g. talking about random jokes and playing distracting sound on YouTube) and others were playing games on their electronic devices. Another reason is that at the beginning, we split up into two teams, each with two people, and we were fighting over the pieces because we had different goals and were working against each other. This exercise did not help us build teamwork between each other; instead, it was pushing us far apart. Our coaches tried hard to help us, but it didn’t really work, since even during the strict lessons on core value, we were all being lazy, and we argued an awful lot about one tiny Lego piece. We had to read the papers on core value many times, but our team still wasn’t showing core values. Up until Aqua X had started this HYDRO DYNAMICS season, our team was still not very productive. We mocked and insulted our teammates, and kept up with our arguing by calling each other names. A grave situation where one team member was nearly cast out of our team occurred because of the arguing. On the bright side, this is not our team now, so I call this time “the past.”

After “the past,” time became “the present,” where we started making progress. We completed the FLOW™ and the PUMP ADDITION™ missions first, as well as the RAIN™ and the FILTER™ missions. Then we got to work on the PIPE REMOVAL™ and the PIPE REPLACEMENT™ this essay and our presentation at the HYDRO DYNAMICS™ competition. The coaches were impressed at the sudden changes in our work. They stopped telling us what to do all the time, and we won back some of our freedom. It was a good deal, and even the coaches felt that we could keep up with the competition.

Aqua X has certainly improved, and I hope our team keeps improving as it is. Our hope for the future is that we will be able to work as a team together, not just as a couple individuals trying to accomplish their OWN goals by themselves. With this kind of arduous work, we’d be an amazing team!