During these two weeks, I’ve made friends and experienced the lifestyle of the countryside. Every day when we got home, Ms.Wang always greeted us with very delicious food and a warm smile. She even made our bed every morning and washed our clothes when they stink. But she taught us to wash our own shoes. I always felt like I was welcomed and I belonged. I like her very much.

The first day in an unfamiliar crowd would certainly be awkward. In the morning, we arrived at a village near the school I would be teaching at. The students were mostly older than me, but they were so welcoming and friendly, I felt right at home. They were, however, the noisiest class ever. I first taught my class with Power Point slides about Beijing culture and universities, and then David taught them to read a Magic Tree House story. It was difficult at first because the kids were shy, but they warmed up in just a few hours. 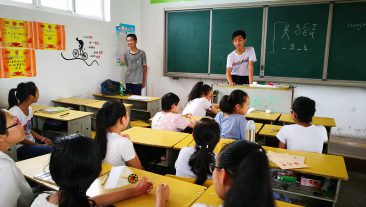 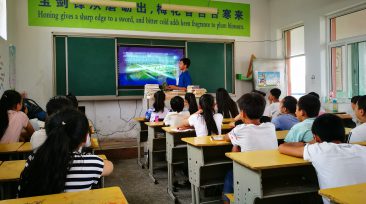 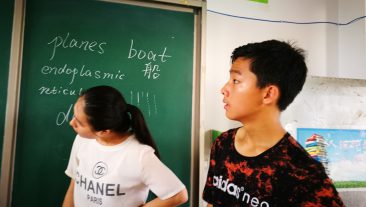 I thought if I was going to handle this class I am going to be more positive to them. It turned out to be a little more difficult than I thought it would be. By the time we were playing Hangman they were all slumping into their seats and staring at the floor. So, David and I would call them up to the front of the class. It proved difficult, but by the end of the class, they were much better than at the beginning. The next day, the class was much warmer to us and participated actively. 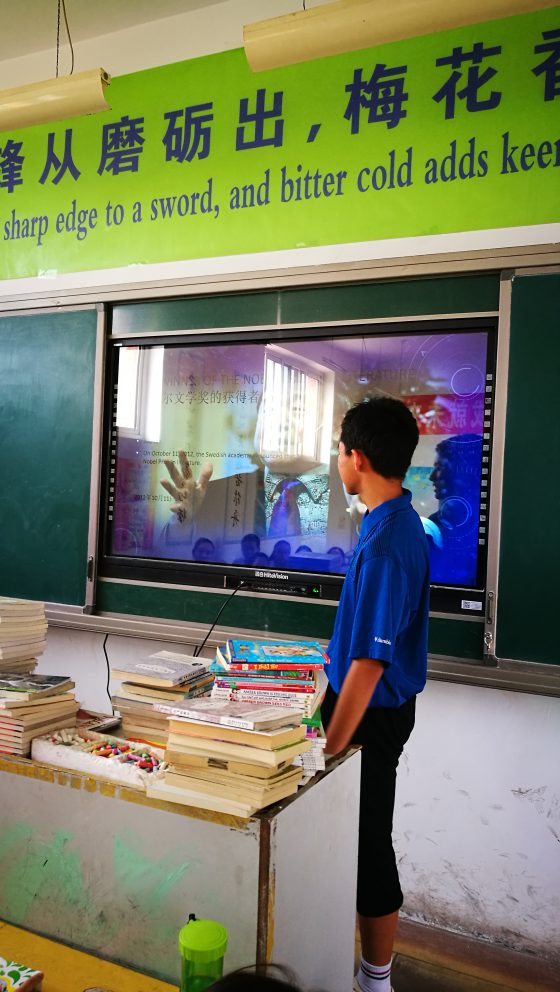 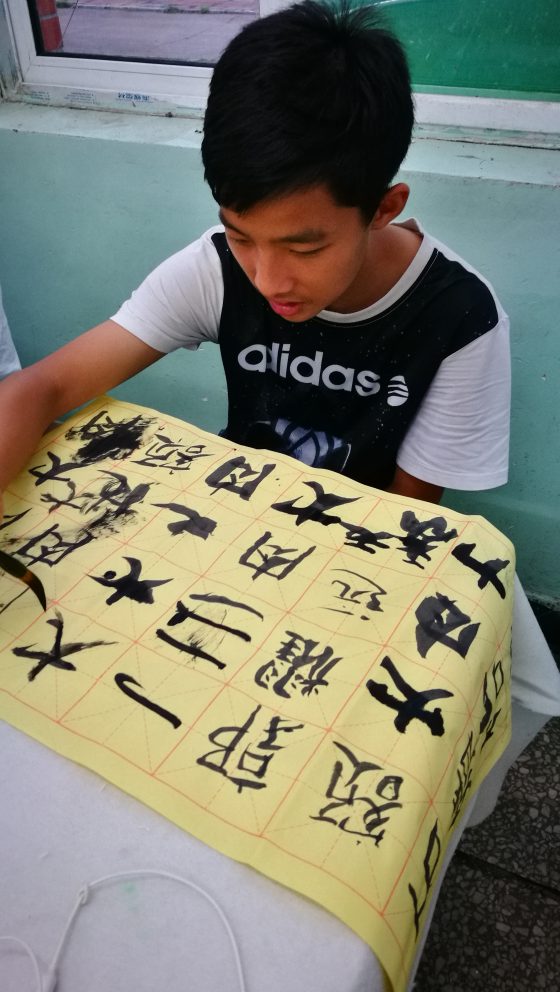 As David and I got closer with the kids, we found that they were very active and enjoy sports with a vehement passion. Basketball is one of the sports they prefer. We let them have free time for an hour every morning and afternoon, giving them a chance to run about and be active. Then we practiced Magic Tree House, guiding them in the book, teaching them new words and correcting their accents. Their English noticeably improved by the end of the week.
Everything was going fine by the end of the week. The kids had made leaps and bounds of progress in the book, and the only thing still annoying me was my age. Specifically, my young age. Even though I look older than I am, there were small girls calling me “弟弟 “and that made me quite embarrassed. In the end though, it was all in good fun and I’m glad everything went how it did.

The next week, I was in sixth grade. Kids in six grade can be more annoying at times, especially when they pretend to be blissfully ignorant of any English at all, or act like angels when they just threw an empty soda bottle across the room at a fellow classmate. But in the end, it was all good fun and no one was hurt. They like joking around and laughing.

In class I mainly taught them math. Most of the kids were really interested in math, and they did a good job answering my questions. I really liked these kids in sixth grade. We let them remember daily vocabulary words by writing ten words on the board and letting them remember them, or else we would revoke their free time. (believe me, it was an astronomically large deal to them) 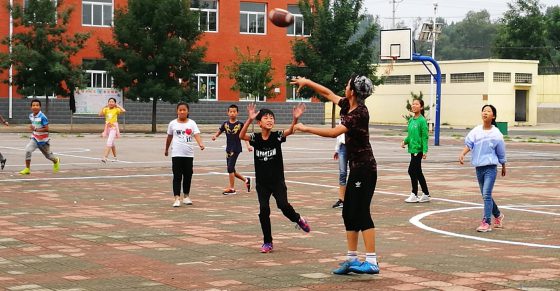 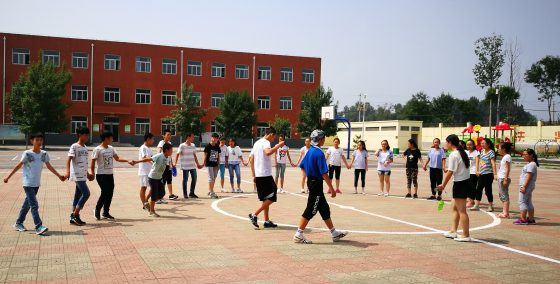 In soccer matches, teachers VS students was the kind of thing they always found interesting. Other times we play the game musical chairs, because it was both fun and the performance they were bringing to the talent show on Friday.

Every day after school, they would chase the teachers for the football. Sometimes they would bearhug us making sure we weren’t able to make good throws or catches. Other times, they held on to your leg and pulled you to the ground, making sure that we were stuck in place for easy interceptions.

The talent show on Friday was a total success. The kids were in order the whole time and they all performed perfectly. After the show. We took group pictures with our students and then group pictures with everyone. Those pictures will always remind me of the friendships created in those short two weeks. I made friends there and that is a very precious thing to me.

I was very surprised by the steamed bun full of beautiful dough arts the school gave us as  gift when we completed our education support program. It was very pretty. The thing I found most interesting was American football, after all, it was my first time playing football, so my learning was a fun, new experience. The local students certainly weren’t the only ones to learn something new! 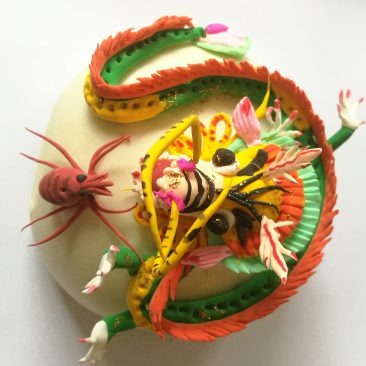 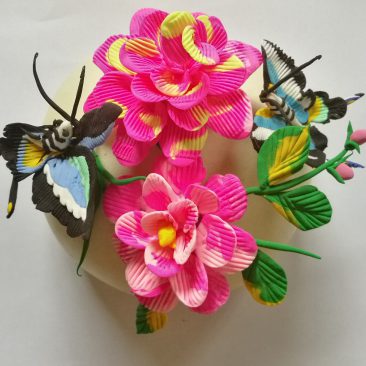 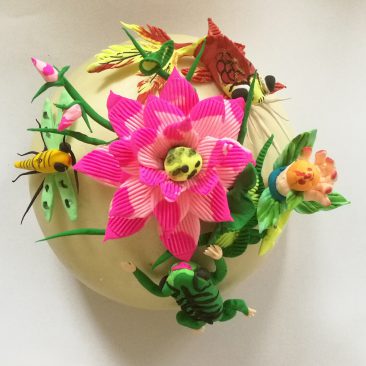 I made a lot of new experience on this trip. I learned English and a bit of the local Shanxi dialect, Thanks to the kids, on the last day I could make out some of the words they taught me. This was a truly unforgettable trip. If I again have the chance, I wouldn’t hesitate to go there again next summer. There are friends I made who I want to meet again, and so much more to experience. 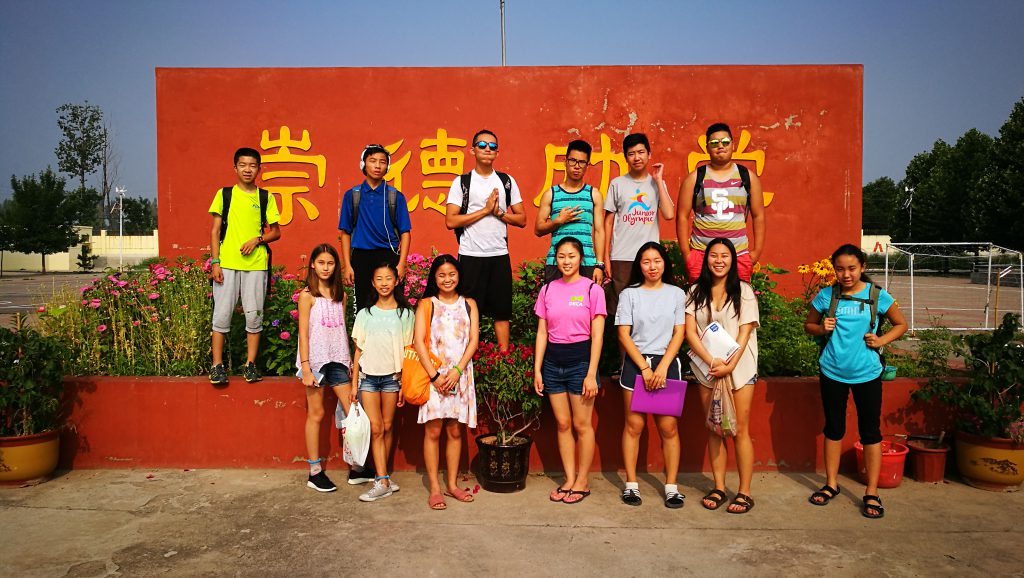