On September 29th, Little Masters Club hosted an event on migratory birds at the Redmond Little Masters Office. This event was part I of a two-day session, on the bird’s migration, followed by outdoor bird watching on the following Saturday. We were lucky to have bird experts Ms. Mary and Ms. Jae from National Audubon Society. Around 20 children attended the event. 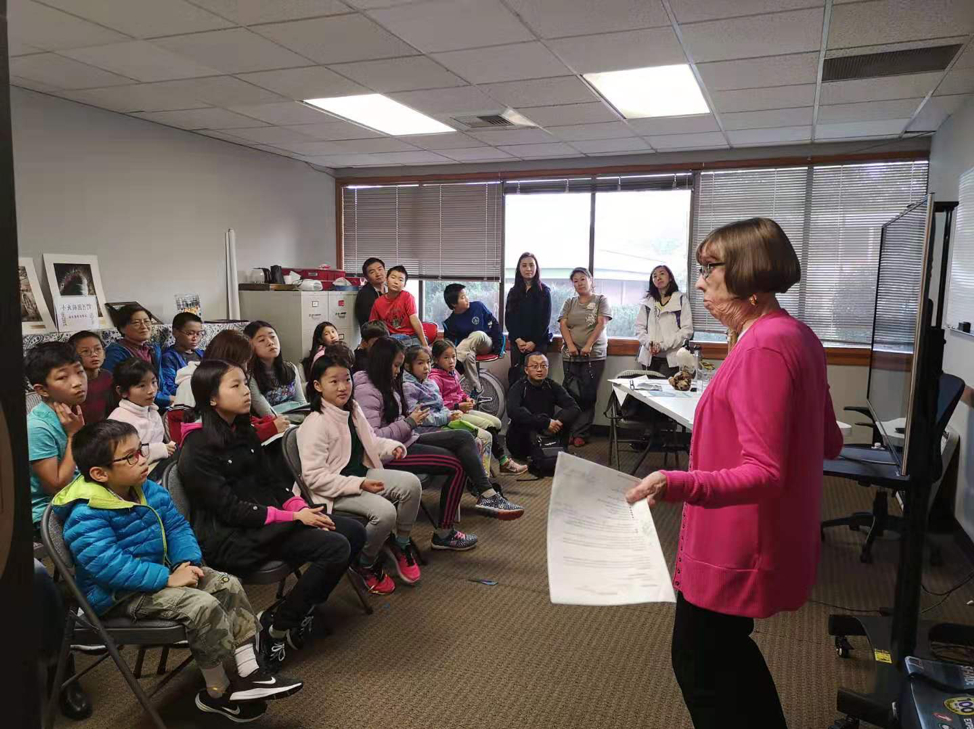 The event started with an outdoor interactive activity, organized by Ms. Jae. Participants were given a card with a bird and bird information on the card, then they would roll a die, and go to the station that the die was numbered. After that, the station would have instructions to follow and then to go to another station. This would repeat until the bird reached either a successful migration station, or a death station. The participants would report back to Ms. Jae on whether they were successful or not in their migration.

This activity helps establish the concept that birds might hit many obstacles during migration, only lucky and strong ones could survive.

After the outdoor activity, the participants were brought inside the Office for a lecture. Ms. Mary introduced varieties of birds, their living habitats, and their stories of migration. She brought some birds specimen, including the Rufous Hummingbird, Cooper’s Hawk and Arctic Snow Goose. Children were fully attracted by her narration and interacted actively with her during the presentation.

Part II was held on October 5th in Juanita Bay Park, which was a bird-watching event that led to a Nature Walk through the forest. Ms. Mary and Ms. Diane pointed out many bird species and taught us how to identify multiple bird calls. 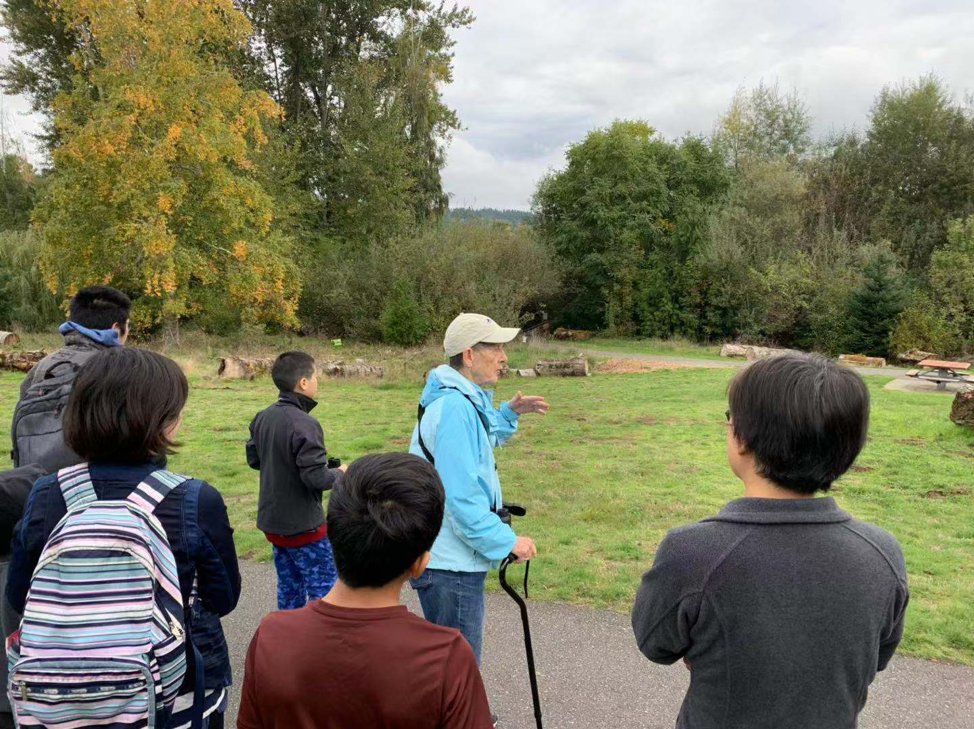 The bird migration events are part of the Nature Walk series, founded by DouErJia GaoShuo. The goal of the activity series is that Chinese families of Washington can experience the wonderful outdoor environment of Washington State; get to know their second hometown better. Also, she wishes that the second generation could make some more friends while interacting with these activities. Many thanks to her for organizing such fabulous events!